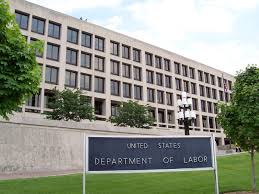 In September, 21 states joined together to file a lawsuit against the federal government’s proposed overtime pay rule. Associated Builders and Contractors, Inc. and a coalition of business groups have also filed a lawsuit. That rule is set to come into effect on December 1.

While the lawsuit filed by the states alleges that the rule is unconstitutional, the lawsuit on behalf of ABC and its coalition of business groups calls the rule costly and burdensome.

A media release from September announcing the lawsuit quoted ABC vice president of legislative and political Affairs, Kristen Swearingen, as saying: “The Department of Labor overstepped its statutory authority by dramatically increasing the minimum salary for exempt employees and by automatically updating the salary threshold. The unprecedented automatic indexing provision circumvents the intent of Congress under the Fair Labor Standards Act and is particularly problematic for construction business owners who often need to project costs and workforce needs over multiple years for projects managed by exempt employees.”

With the ruling coming into effect in just weeks, ABC issued a news release recently providing background and outlining details of the rule. It said: “On May 23, the U.S. Department of Labor (DOL) published a final rule changing the federal exemptions to overtime pay under the Fair Labor Standards Act for so-called “white collar” workers, which include administrative, executive, professional and computer professional employees, that have long been exempt from being paid time-and-one-half for working more than 40 hours per week.”

The rule, according to the White House “doubles the salary threshold—from $23,660 to $47,476 per year—under which most salaried workers are guaranteed overtime.”

Highlights of the changes include:

ABC has said it will update members on news and changes. In the meantime, more information is available at https://www.dol.gov/whd/overtime/final2016/.