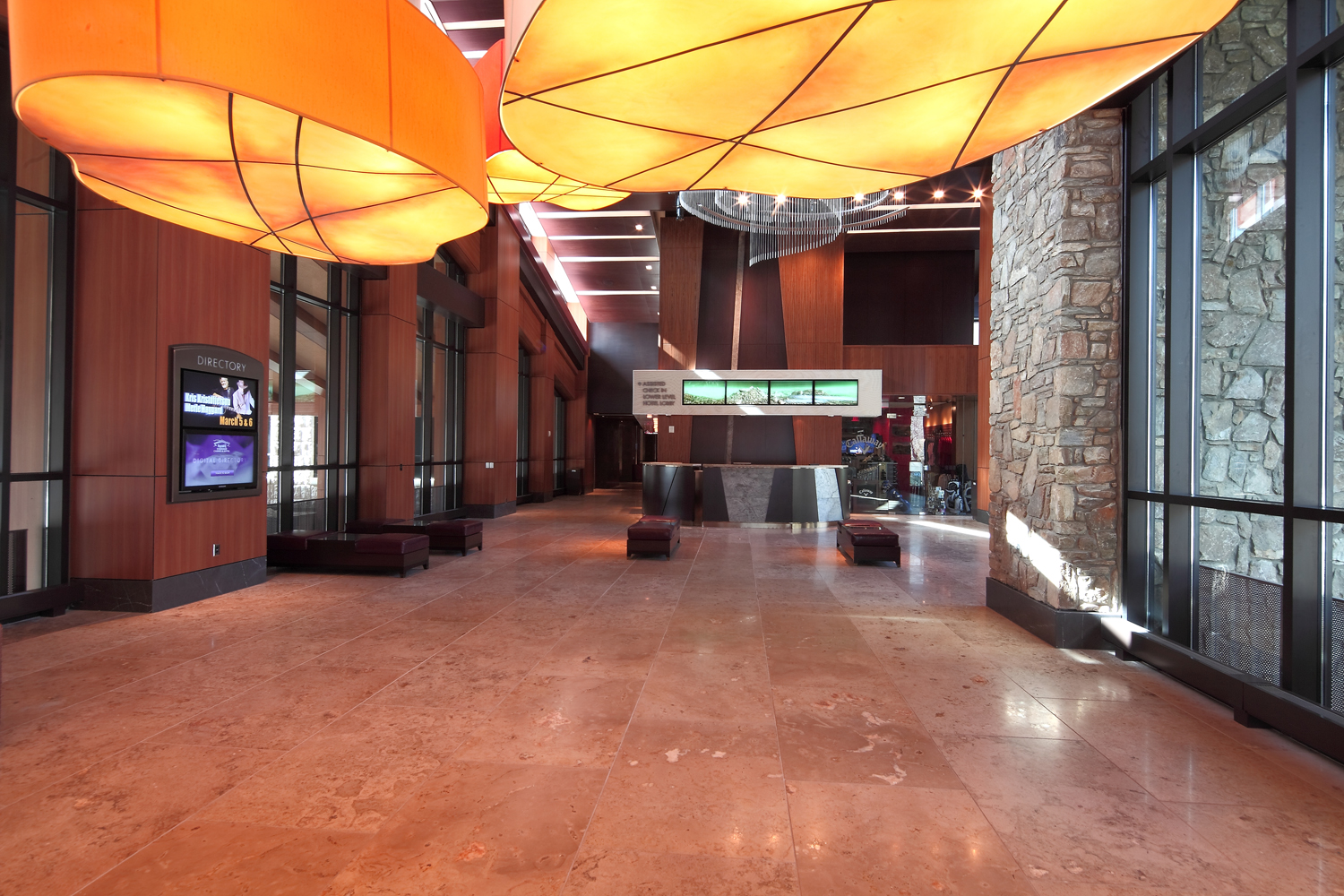 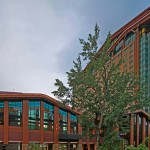 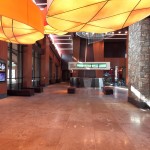 Meeting a project deadline is one thing. Meeting it four months early is another. Especially when that allowed the project, a new tower at Harrah’s Cherokee Casino and Hotel, to  open in time for the profitable New Year’s Day holiday. But that is just part  of the reason why Turner Construction Co. won the 2011 GC Project of the Year recently in the 2011 Excellence in Construction Awards competition presented by The Associated Builders and Contractors of the Carolinas (ABCC). The winning general contractor effort was a 21-story, 532-room, 459,509-square-foot hotel tower that included 78 suites, 454 guest rooms and a sky bridge connecting it to two existing hotel towers. Turner, a national construction company that has Carolina offices in Charlotte, Raleigh and Charleston, began construction on this $120 million hotel in July 2009. The hotel is just a portion of the $633 million expansion program going on at Harrah’s Cherokee Casino and Hotel. Among the obstacles it faced was a “no-excuses” deadline, the need to get the tower occupied as soon as possible, and the unrelenting winters in western North Carolina.

To meet the challenges of the tower project, Turner used LEAN scheduling and principles, building-information modeling and integrated project delivery with its subcontractors and design team. All contractors had to produce weekly work plans that defined workflows, and Turner had a full-time scheduling engineer on site, who spoke with foremen for contractors and subcontractors every day to monitor progress.

In addition, Turner monitored activity on other projects at the site, including a general contractor who was building two parking decks. It held weekly meetings with the other contractors and Harrah’s staff to go over site logistics, to make sure everyone knew what would be going on everyday and could plan accordingly so as not to
negatively affect other work or Harrah’s guests. LEAN principles used included: anticipating problems as soon as possible, slowing down when necessary to get quality right the first time, stopping to fix problems, analyzing the situation constantly, and empowering employees to identify problems.

“One of our key challenges was to erect this concrete frame building in a remote, mountainous location through a very harsh winter of rain and snow,” said Robert Thompson, operations manager of Baker Concrete Construction. “We were able to use the pre-construction period to carefully plan for a just-in-time delivery of materials. The planning and coordination paid off. The concrete floors were placed averaging one floor per week. This enabled us to meet the target for the expedited schedule.”

Despite the accelerated pace, the company also stressed safety during the project, according to Thompson. “As important as schedule and revenue are to a project, nothing is more important than safety,” he said. Working under Turner’s safety program, Baker was able to erect this 21-story hotel without a single lost time injury.

“About 17% of the contract value was awarded to subcontractors and vendors certified by the Tribal Employment Rights Office, providing additional work for members of the Eastern Band of Cherokee Indians. That didn’t go unnoticed. Scott Robertson, area director of design and construction for Harrah’s Entertainment, says Turner was
easy to work with. “They have performed with excellence in both preconstruction and construction,” Robertson says. “We challenged them to meet an aggressive and expedited schedule. Their achievement enabled Harrah’s Cherokee to market the Creek Tower for our busiest weekend of the year.” He praised the company’s use of
cutting edge technology. It “ensured our expectations were met and our revenue maximized,” Robertson says.

Ultimately, it set a standard for the hotel complex. “This is the first time of the Harrah’s Cherokee history that any major project was delivered on time,” says Ray Rose, project manager for Harrah’s/Eastern Band of Cherokee Indians. “Turner delivered on their promise.”

The company also lived up to expectations in working with tribe members. “Turner has embraced the TERO program and … provided many contracting and employment successes, says Curtis Wildcatt, compliance office for the program. “Turner has made great efforts to ensure the Cherokee people benefit from this employment and economic opportunity and has cooperated well above all my expectations.”

That’s not the only way the company worked with the tribe. During a topping-off ceremony in April 2010, it began the day with a traditional prayer to the seven spiritual directions of the Cherokee, offered by a tribal elder. Jim Owle, chairman of the tribal council, praised other efforts by the company to become part of the community.
“Turner partnered with the Tribe to create the Madison Hornbuckle Children’s Cancer Foundation, which raised more than $100,000 in its inaugural year,” he says.

Turner brought together companies from around the country for the project. It was designed by The Cuningham Group, an architectural firm based in Minnesota, while the mechanical and electrical design engineers, Xn-th, are located in Las Vegas and Orlando, Fla.

The team used electronic submissions and requests for information to keep everyone looped in during the construction process. “This was our first opportunity to work together,” says Michael Strand, AIA principal at The
Cuningham Group, “and during that time, I have developed a high regard for their ability to manage the construction of this complicated, multifaceted project, and I was struck by their ability to understand the complexity of our design.”

And it was complex. The tower featured a waving roof form designed to complement the surrounding mountain view. Other features included a VIP check-in area, fire lounges, a café/bakery area and floor of “super suites.” Custom light features hang throughout the main lobbies, and one of them uses fiber optics that can be customized to change colors.

The building is a post-tensioned concrete structure with structural steel on the 21st floor and lower porte cochere, which rests on pilecaps and auger-cast piles. Exterior finishes include stone, stucco, trespa panels, and a curtain wall system. Floors one and two contain the main lobbies for the tower, along with stores, a café, a fire lounge and an arcade.

The porte cochere provides the main entry and valet for the entire hotel complex. Floors three through twenty
contain rooms and two-bay suites, while the top floor consists of eight themed suites and two “super” suites, which all have exterior balconies overlooking the dramatic views outside.

Turner also has won a $100 million contract to expand the Harrah’s Cherokee casino. The project, which is scheduled for completion in January 2013, will add 110,000 square feet of gaming-floor area to casino while renovating the existing 130,000 square feet. It also will provide new modern bars, restaurants and entertainment stages to the casino and hotel, add a 70-foot interior waterfall and a rotunda that will change lighting and sounds with the seasons.