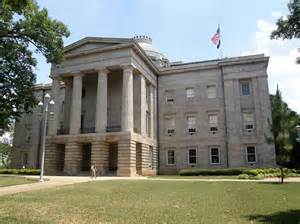 The Associated Builders and Contractors of the Carolinas (ABC Carolinas) has outlined its 2017 North Carolina legislative priorities as association members meet with legislators at its annual Hard Hat Day Legislative Day in Raleigh today (April 19).

Regulatory Reform
ABC of the Carolinas will support policies that reduce regulatory measures burdening the construction industry in North Carolina.
• Oppose any legislation aimed at adding regulatory measures on general contractors,
subcontractors, suppliers, and/or construction industry professionals.
• Support legislation to limit overreach of regulatory agencies at both the federal and state level.
Joint Employer
• Promote a common definition amongst state agencies with regards to the “employee”
definition.
• Oppose burdensome interpretations of an “employee” amongst contractors and the employer.
Sales Tax
ABC of the Carolinas opposes tax policy that deters business and further economic development.
• Advance measures to scale back the sales tax changes that went into effect January 1.
• Oppose further increases on contracting with regards to service, installation, and material.
• Establish a clear definition of “capital improvements” as defined in current statues.
Public Construction
ABC of the Carolinas supports continued support of transportation and infrastructure in North Carolina.
• Support funding to invest in capital improvements and state owned/leased property.
• Advance the services of North Carolina members for state-issued work.
• Foster a fair and consistent public bidding process on public jobs.
Apprenticeship Funding|Workforce Development
ABC of the Carolinas supports additional funding for apprenticeship programs in North Carolina.
• Support policy aimed at investing in the next generation of the trades and the construction industry.
• Oppose a state budget that reduces the amount of dollars allocated for apprenticeship in North Carolina.
• Protect the environment that enables the commercial construction industry to further invest in workforce development.