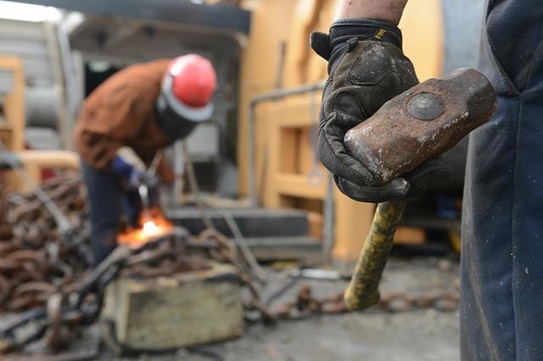 The Wall Street Journal had an article entitled “Supply Chain Debt Draws Warnings.” The essence of the article was to warn against the practice of big banks such as Bank of America and Credit Suisse promoting supply chain financing. This is the corporate equivalent of taking out a personal loan to make credit card payments. It gives the borrowing company a false appearance of liquidity and its ability to pay its suppliers on a current basis. If the credit line stops, the company crashes.

Those of us in the subcontracting industry know this feeling, because subcontractors basically do the short-term financing on construction projects. Subcontractors are required by law to pay their employees currently. Our suppliers require us to pay for materials in accordance with terms or they will stop selling us. Here is where the crunch happens. We don’t get paid until the architect and owner have approved and the bank releases funds to the general contractor. Then the contractor holds back retainage, usually 10 percent, until the job is completed.

So, you can call subcontractors the supply chain financiers of the building construction industry. North Carolina law only gives us minimal protection. The law negates “Pay if paid” clauses of contracts that make the payment contingent on the GC’s receipt of funds from the owner.  However, it allows “Pay when paid” clauses that override promised payment clauses of the contract. The flaw in this law is that it states that general contractor must pay the subcontractors within a reasonable amount of time, even if they have not been paid by the owner. But the law does not define what a reasonable amount of time is. That is left up to the court to decide in an expensive lawsuit.

Having been in the subcontracting industry for nearly a half century, I have seen about a dozen recessions, including four major ones; the oil embargoes of 1973 and 1979, the savings and loan industry collapse in the 1980’s and the “Great Recession” that our younger co-workers are aware of. In most recessions, the subcontractors who are not well capitalized will fail because they run out of money to pay their workers and suppliers.

The warning here is to watch your receivables. A subcontractor can be into the third billing period before they receive their first payment. You need to be diligent. Call the contractor 15 days into the month following your first pay application to make sure they have all the paperwork to get paid and let them know you will be following up. Make sure you have your lien waivers from the first month to submit with the second application and so on.

Make sure you have filed the “Potential Lien Notice” on the NCLiens.com website within 15 days of starting work. Consult your attorney if the contractor hasn’t made a payment 75 days after the job has started. At this point you need to decide whether to put a mechanics lien on the job. Stopping work is usually not advised except as a last resort, since any flaw in your paperwork or workmanship can be claimed to be a breach of contract and you can be penalized.

Finally, be sure you can weather a near or total loss on a project without collapsing your business. There is some wisdom to the old saying, “Don’t put all your eggs in one basket.”

Originally published By Art Rouse in BOOTS ON THE GROUND and republished with permission. Rouse is a past-president of the North Carolina Subcontractors Alliance (NCSCA).