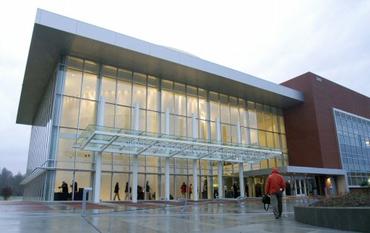 The Greensboro Partnership has reaffirmed its commitment to five industry clusters along with supporting collaborative education efforts between the public and private sectors and entrepreneurism in a new strategic plan.

The plan follows a similar one completed in 2006 and echoes some of the same priorities from six years ago, reports the Triad Business Journal.

It also looks to build on successes, such as the creation of the Gateway University Research Park in east Greensboro and ongoing pursuits like the development of construction-ready sites.

The strategic planning process was supplemented by an analysis of the local and regional economy by Garner Economics LLC, an Atlanta-based site consultant that looked at the assets and challenges of Guilford County. Part of that process was identifying industry clusters here that will fuel economic growth, and the clusters Garner identified independently mirrored those the Partnership had identified in 2006 and focused on since.

Those clusters include the aviation industry, financial services, life sciences, advanced manufacturing and transportation and logistics.

“It was a validation that we had picked the right ones,” said Pat Danahy, president and CEO of the Greensboro Partnership.

A new initiative among the seven identified within the strategic plan is supporting the development of Greensboro’s downtown in cooperation with Downtown Greensboro Inc. and the city. Danahy said part of that is continuing a push for the adoption of a downtown economic development strategy completed in 2010 that includes priority projects such as the Downtown Greenway, a performing arts center and new mixed-use developments.

Within each of the seven initiatives identified in the Greensboro Partnership’s plan are strategies that will be assigned to members of the partnership’s operating group and committees, which will report quarterly on progress, Danahy said.

Among the notable strategies identified in the plan: