Helms built a rare “perfect project” with no deductions for a perfect score. His win also earned a cash prize and a large selection of masonry tools.

As a student, Helms won the Annual North Carolina State Fair Masonry Apprentice Contest in 2018 and in 2019 as a junior at West Rowan High School, Grant won the National SkillsUSA Masonry Championship in Louisville, Kentucky. He finished in Fourth Place the last time the Sam McGee Contest was held in 2019 at Durham. His Midland win qualifies him to compete in the June 2021 Mason Contractors Association of America’s International Masonry Skills Competition in Las Vegas.

He is the son of Scott and Jodi Helms of Concord.

The event took place at the McGee Brothers Company maintenance facility at Midland on May 15. Some 50 apprentices from across the state participated and more than 320 people attended.

The contestants had two hours to construct a predetermined masonry project that was later judged by a team of masonry professionals from North Carolina and beyond. The difficulty of the assigned project and the short duration of the contest make this one of the most challenging apprentice competitions held anywhere in the nation.

Sam McGee (1939-2015) was co-founder and President of McGee Brothers Company in Monroe. Recognized as an innovator in the industry, Sam was inducted into the Masonry Contractors Association of America “Hall-of-Fame” in 2014 and was inducted into the National Masonry Instructors Association “Hall-of-Fame” in 2012. He had a passion for the masonry industry and for encouraging and teaching young people construction craft skills, especially masonry. In recognition of his contribution and dedication to masonry in the Carolinas, the annual contest is named in his memory. 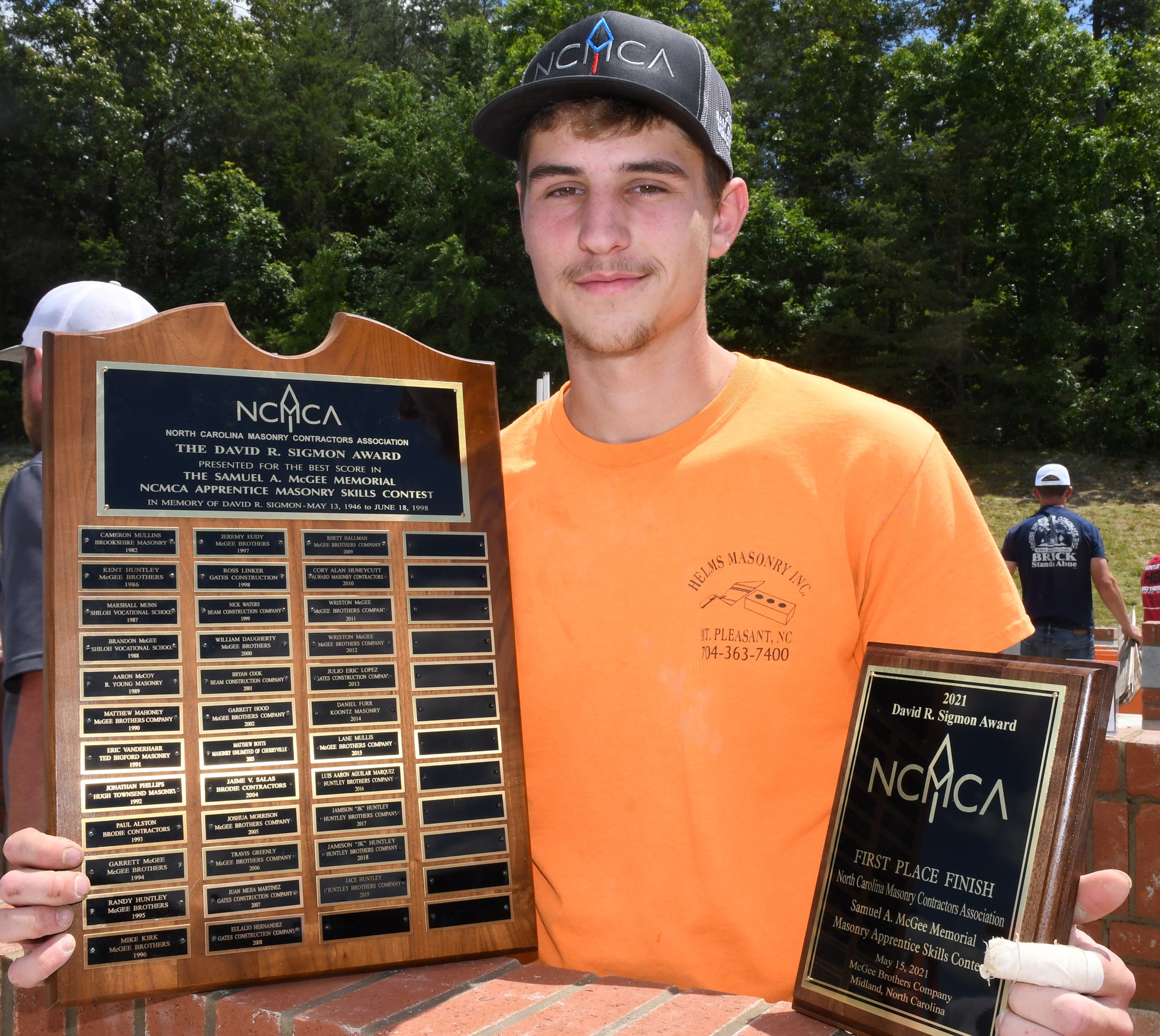