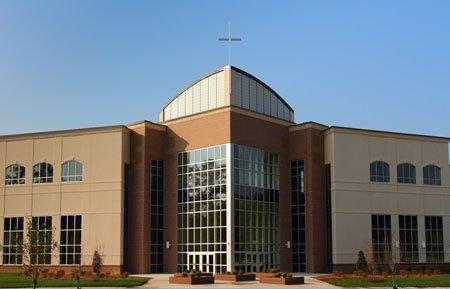 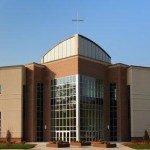 The leadership of Elevation Baptist Church in Knightdale, NC had limited construction or architectural experience. But they wanted their sanctuary to be perfect in its glorification of God. Charlotte-based general contractor Edifice, Inc.’s long standing experience and skills – along with a heartfelt dedication – was able to turn the congregation’s ambitious dreams into reality, all within budget. The total cost was $14.3 million. The Construction Professionals Network of North Carolina recognized the project with its 2011 Star Award for new construction under $20 million. The Star Award seek to honor the most outstanding new construction project in the state and are selected on the merits, owner satisfaction and challenges faced.

Edifice’s first project 33 years ago was a church. Some 15 years ago, it created a separate group, Cornerstone, to focus solely on the faith-based community. “When churches build, they have a fervent spirit of excellence – they want to exemplify their commitment and relationship with God,” observes Bryan Knupp, Edifice senior vice president who heads up Cornerstone. “Because of our experience, we can act as a guiding force for an entire project.”

The Elevation Baptist Church project was neither small nor simple, so it required all of Edifice’s expertise. The 63,644-square-foot, 3,000-seat sanctuary is pie-shaped and lacks any 90 degree corners and has a sloped metal roof. A retractable, revolving globe hangs from a floating cloud ceiling, and there is a state-of-the-art audio system and large projection screens. The exterior features an 85-foot cross atop a glass curtain wall. Most of the building’s skin is made of 1’x 2’ mason units of faux stone.

The sanctuary features a raised platform and a recessed orchestra pit (with a movable flooring system), as well as two conical-shaped floors with a level landing between them. To minimize columns in the sanctuary, roof trusses with a span of 160 feet span and each weighing about 42 tons were used. Two cranes were required to set the trusses: one to hold the trusses in place while the other set the adjoining joist. Special Kevlar rigging was required to complete this. In addition the balcony’s unique design features large joist girders. There are just two columns in the seating area.

Precise planning on Edifice’s part resulted in an accurate steel structure frame and a highly detailed ceiling with an optimal finish. A master schedule was complemented by a short-term three-week schedule, and the two were continually monitored and updated to ensure the project as completed on time. Construction took 16 months. The project also included roadwork, a private sanitary waste tank system and 30 acres of site development.

Scheduling was complicated. In their pursuit of excellence, church leaders made more than 130 change orders, including adding the globe after construction had begun on the ceiling. Yet the project came in under budget, thanks, in large part, to Edifice’s value engineering efforts.

Anthony Foust, Elevation’s business manager, praises Edifice for its integrity, excellence and quality workmanship. “The Edifice team was diligent and detailed in their work. They stayed within the budget and produced a high quality finish. Team members were excellent to work with and addressed all our concerns in a quick and professional manner. We are grateful we had them as our contractor.”

Knupp and project architect Lynn Dufrene of Cary-based Fanning Howey Architects agree that the geometry of the building posed the biggest challenge.

Notes Knupp, “The design is based on a radial layout with circular curves, which adds complexity to a construction project. Construction is easer when it is linear with straight lines and symmetry.

“Our superintendent Al Barr loves complex projects, and he sunk his teeth into this one,” Knupp adds. “He personally assured us that every anchor bolt was in the right place.”

Notes Dufrene, “It’s a very complicated building with a complex geometry. It has odd angles and shapes that pull your eyes to the front of the sanctuary. In spite of its size, it’s intimate.”

“The owners wanted to awe people when they walked in – it’s actually more like a theater than a church,” Dufrene adds. “I wish we had more projects like this. I don’t think anyone but Edifice could have pulled it off.”

The structure was actually built from the top down, with the balcony constructed before the floor slab on the ground floor was completed. Because the ground floor was sloped, a scaffolding system that covered the entire sanctuary was required to complete the ceiling. Because of the unusual configuration, careful attention was made to ensure the structure was watertight and leak-proof.

“We worked side-by-side with Edifice as a team, and they were very helpful in making sure the client got what they wanted,” Dufrene says. “The company showed diligence and dedication to finish work on time and within the budget, not to mention making it an enjoyable experience along the way.”

Value engineering was an integral part of both the design and construction stages. Early on, Edifice bid out and negotiated design-build contracts for the fire prevention, mechanical and electrical systems, saving the church about $250,000. Another $75,000 was cut from the budget through a variety of changes Edifice suggested, such as using a more cost-effective acoustical system, revising the drywall ceilings and changing equipment for the septic system.

“We believe in being good stewards of the resources that are entrusted to us,” Knupp says. “It allows a church to enhance its ministries.”

The one-of-a-kind eight-foot diameter world globe that descends from the acoustical cloud ceiling – and spins on its axis — was another major construction challenge. Because it was a last minute addition, Edifice had to expedite the structural changes necessary to support the globe. This type of globe had never been built and installed before, so the company conducted extensive research to determine loads and rigging requirements. The ceiling cloud was also modified to enable the globe to completely disappear above the ceiling.

“This wasn’t just a job for us – these kinds of projects rarely are,” Knupp says. “Lives will be changed eternally by the ministry that takes place in this facility.”