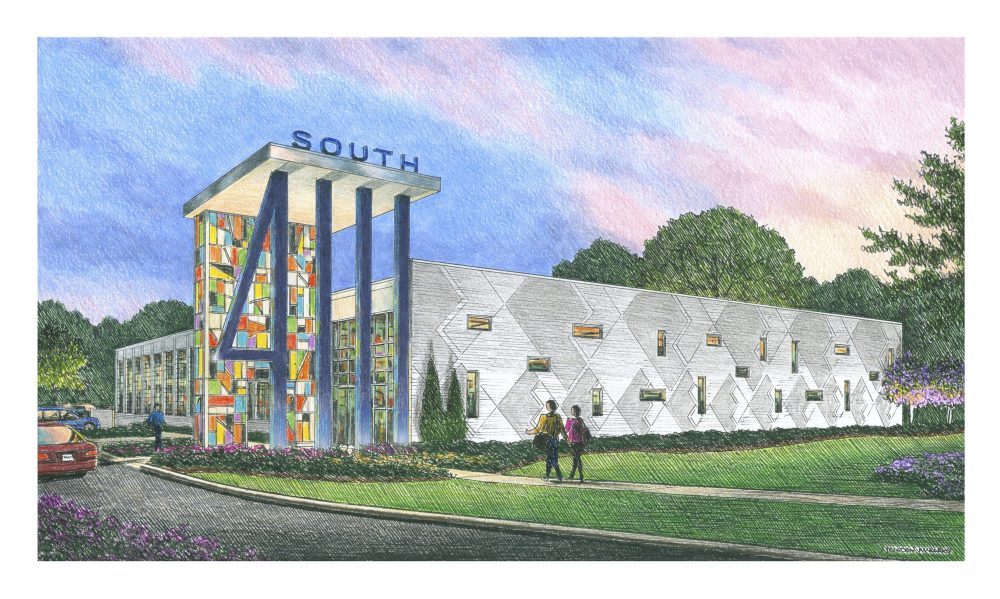 At 4111 South Boulevard stands an industrial building that was previously two aircraft hangars, a crane rental company, and a boxing center. The building is being transformed into the future home of Edifice, Inc. a Charlotte-based general contractor, the company has announced in a news release.

“For the past 20 years Edifice has called the old Coca-Cola bottling plant on West Morehead Street home,” N. Eric Laster, Edifice’s president and CEO said in a statement. “While we are saddened to be leaving this historic building, we are excited about our growth and look forward to the future of the Scaleybark neighborhood and the revitalization that will happen there.”

The transformation calls for dramatic changes, removing portions of the existing exterior walls and replacing with a translucent wall system, allowing an abundance of natural light into the building.

The address itself will help create a unique entry focal point. “4111” will be formed with structural steel tube columns that support the new entrance, topped with “South” in freestanding dimensional letters, all highlighted by an artful backdrop of multi-colored jewel-toned glass.

The existing brick wall facing South Boulevard will be painted with a tone-on-tone pattern, featuring the Edifice logo.

Axiom Architecture has designed the exterior modifications while Redline Design Group is working on the interiors.

Edifice will manage the construction and anticipates a November 2016 move-in.