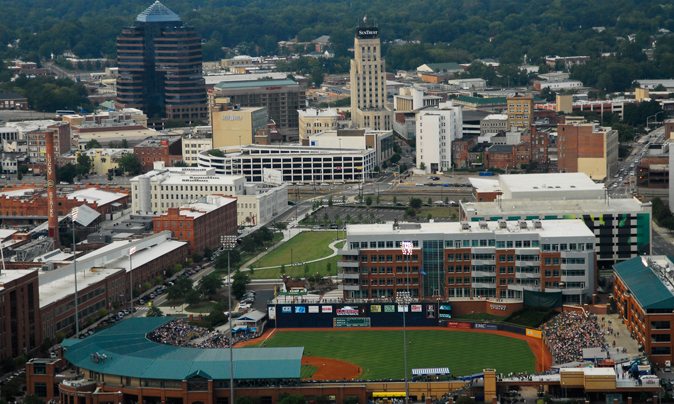 Durham has been named one of 20 finalists in Bloomberg Philanthropies $9 million Mayors Challenge. The competition will award $5 million to the city that proposes the most innovative idea to solve a problem in its city. Four other cities will receive prizes of $1 million, reports the News & Observer.

High Point was the only other North Carolina city to be a finalist for the challenge, which is sponsored by New York City Mayor Michael Bloomberg’s philanthropic arm. To submit an application a city had to have more than 30,000 residents.

The 20 finalists will participate in a two-day “Ideas Camp” this fall where participants will come together to hone their ideas and improve plans to implement them.

Durham was selected based on its idea to create entrepreneurship hubs in three distressed neighborhoods “to positively impact job creation, family stability, workforce training, and overall economic growth in those areas,” according to a Durham news release.

The applications are judged based on a number of criteria. They must do at least one of the following: address a serious social or economic problem, improve customer service for residents or businesses, enhance accountability to or engagement with the public or create efficiencies that make government work better, faster and cheaper. The ideas also must be relevant to multiple cities and widely available resources.

The finalists will submit a refined version of their ideas in the first quarter of next year, and the five winners will be announced in the second quarter. Read More.