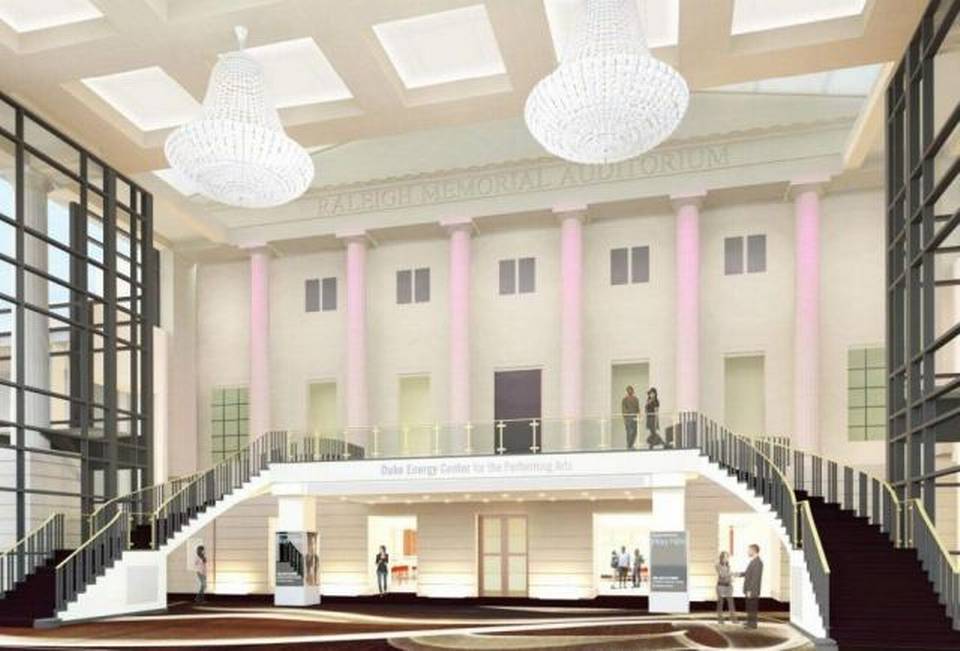 The project will include new lighting inside and out, a rebuilt concessions area, new fire-safety and security systems – and a lot of new paint, Jim Lavery, general manager for the Raleigh Convention Center, which includes the performing arts complex on the south end of Fayetteville Street, told the News and Observer. Lavery expects the renovations will be finished within a few months.

It’s the first major update in 25 years for Raleigh Memorial Auditorium, the original theater at the heart of the center. The modern wings – Meymandi Concert Hall, Fletcher Opera Theater and Kennedy Theater – haven’t seen significant renovations since they opened in 2001, the News and Observer reports.

The complex features layers of rooms and walls, with sections dating back to 1932, when the central auditorium opened. Before then, the site had been home to both the governor’s mansion and the City Auditorium. Raleigh Memorial Auditorium, a federal Works Progress Administration project, opened in 1932.

The image was provided by KlingStubbins/Jacobs.