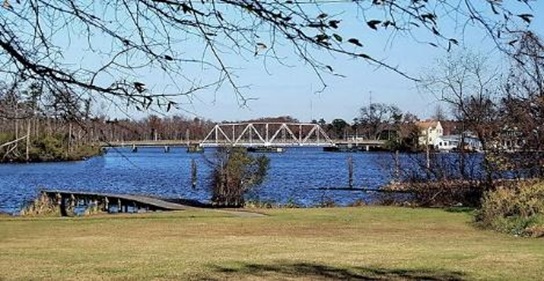 North Carolina has won a $23 million federal grant to replace dozens of bridges in 17 of the state’s most economically distressed counties.

The overall cost of the replacements is projected at $119.1 million, with the State Highway Bridge Fund paying for 58 of the structures and the BUILD grant covering the cost of replacing 19 weight-restricted bridges that could not be replaced using state funds.

“These extra funds will allow North Carolina to replace key bridges in rural areas to help farmers, industry, schools and communities,” Gov. Roy Cooper said in a statement.“These bridges will be rebuilt better and smarter, to include flood monitoring and create more opportunities to expand broadband in areas that need it most.”

The new bridges will be constructed to include weather and/or flood monitors to help provide better data and warnings about potential hazards. The sensors will provide critical information regarding weather conditions around the bridges to FIMAN, North Carolina’s Flood Inundation and Alert Mapping Network. Each bridge replaced will also include conduit to allow for future expansion of broadband fiber, decreasing the cost to provide broadband service to rural and under served areas.

Contracts to perform the bridge replacements will be awarded during the next two years and most projects will less than a year to complete.​