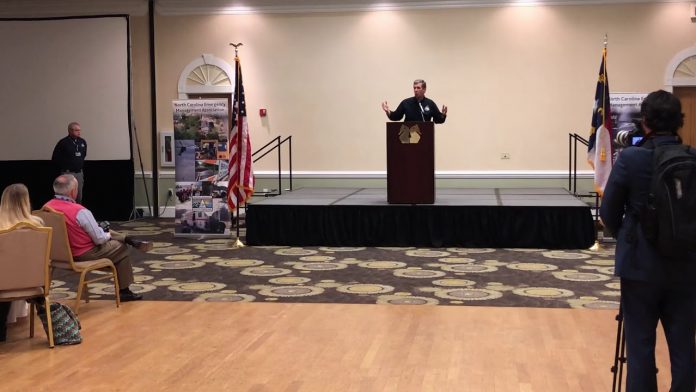 North Carolina Gov. Roy Cooper says another round of state and federal funding will be needed to continue rebuilding from the estimated $13 billion in damage caused by Hurricane Florence.

“We think we’re going to get another significant package from Congress,” Cooper said after he and Brock Long, administrator of the Federal Emergency Management Agency (FEMA) appeared at a conference of North Carolina emergency management officials in Sunset Beach, The Wilmington Star-News has reported.

The governor said money from aid packages passed by Congress and the state — totaling nearly $2 billion — needs to flow quickly to repair homes, businesses, schools and other buildings. And, he said, measures to mitigate against future storms, including affordable housing and either better rebuilding or providing relocations for people in flood-prone areas.

The governor said he believed the state legislature — which recently adopted an $850 million aid package and appropriated nearly half of it for hurricane relief — would likely appropriate more funds when it meets Nov. 27.

FEMA has disbursed about $100 million to 128,000 North Carolina residents, said Albie Lewis, FEMA’s federal coordinating officer. However, Long said he has heard the complaints of those who said FEMA’s application process is too complex and bureaucratic, the newspaper reported.