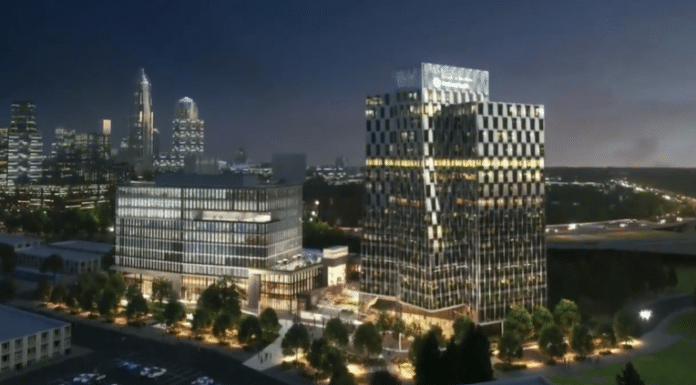 Construction has started on Wake Forest University School of Medicine in Charlotte and the surrounding innovation district named The Pearl.

The school of medicine will anchor the Howard R. Levine Center for Education in the heart of The Pearl and will include Carolinas College of Health Sciences which has announced plans to locate there.

Wake Forest University School of Medicine Charlotte – the second campus of the school of medicine based in Winston-Salem is expected to open in 2025.

Along with the Levine Center and a 331,000-square-foot research building, The Pearl will also include STEM education, retail, apartments, a hotel and open community spaces.

“Not only will The Pearl serve as a major engine of economic opportunity, but it will also house game-changing academic programs for learners of all degree levels and set the stage for innovative health science businesses to grow into the core companies of Charlotte’s future,” said Eugene A. Woods, CEO of Charlotte-based Advocate Health. “We are creating a ‘city within a city,’ where excellence lives and excellence is learned.

“As we begin this new chapter on these storied grounds, we are deeply committed to partnering with the communities around it and honoring its rich history.” 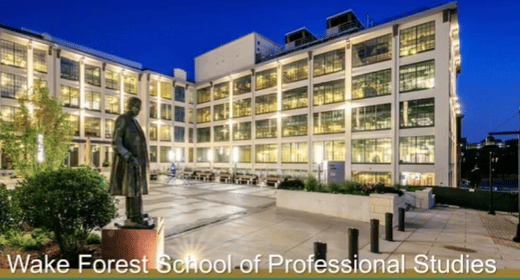 Wake Forest University School of Medicine is the academic core of Advocate Health.

“I am honored to be a partner in Atrium Health’s endeavor to bring innovation to the Center City and establish Wake Forest University School of Medicine Charlotte,” said local businessman and philanthropist Howard Levine, founder of the Howard R. Levine Foundation. ”Our family looks forward to the opportunities that will unfold for all who wish to pursue higher education and positively impact the health of our community.”

The creation of The Pearl is a public-private partnership between Wexford, Atrium Health, the City of Charlotte and Mecklenburg County. Both the city and county have invested in the project, which will also receive a $1.5 billion in private investments. The shared goal is to create an innovation ecosystem that is grounded in research and academics with corporate innovators.

The Pearl would become home to the exclusive North American headquarters of IRCAD, a France-based, global, surgical training center.