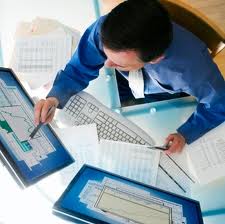 “Despite surging stock and asset prices, geopolitical uncertainty in many parts of the world and the ongoing extraordinary monetary stimulus in the United   States, construction materials prices have remained remarkably stable,” said Associated Builders and Contractors Chief Economist Anirban Basu. “This trend stands in stark contrast to the volatility experienced throughout much of this decade, including the growth in prices in 2004, 2007 and 2008.”

Overall, the nation’s wholesale goods prices fell 0.1 percent in September and are up 0.3 percent year over year. In large measure, this reflects a U.S. economy that continues to struggle to expand at a pace greater than 2 percent.

“Uncertainty emanating from Washington D.C., may temper the dramatic turnaround suggested by other economic indicators, such as Europe coming out of a recession and growth in China firming up,” Basu said. “If the United   States were to find a more permanent solution for its budgetary issues, the pace of materials price increases likely would accelerate.

•Fabricated structural metal product prices edged up 0.2 percent and have risen 0.1 percent on a year-over-year basis.

•Softwood lumber prices climbed 1.2 percent and are 9.8 percent higher than one year ago.

•Nonferrous wire and cable prices rose 0.1 percent, but are down 3.4 percent from September 2012.

•Steel mill products prices edged 0.3 percent higher, but are 4.4 percent lower than one year ago.

•Natural gas prices grew 0.2 percent in September and are 25.8 percent higher than September 2012.

•Crude petroleum prices rose 0.6 percent and are up 7.9 percent year over year.

A number of key construction inputs did not experience price increases for the month.

•Prices for plumbing fixtures and fittings decreased 0.3 percent, but are up 1.7 percent on a year-over-year basis.

•Concrete products were unchanged in September and are up 3.1 percent on a yearly basis.

•Prices for prepared asphalt, tar roofing, and siding fell 0.1 percent for the month, but are 2.9 percent higher than September 2012.