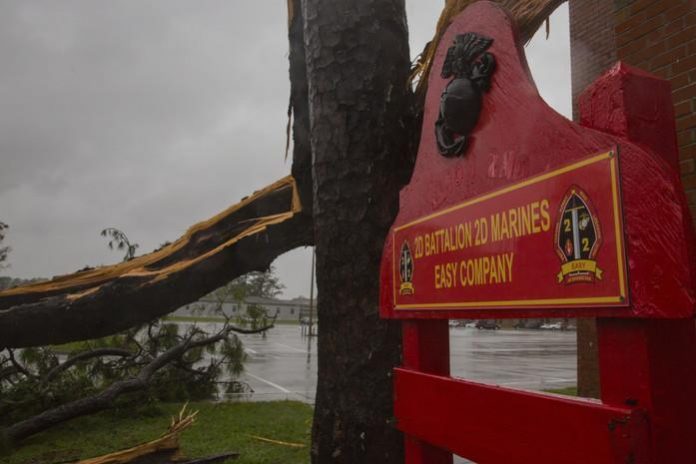 Congress has agreed to provide $400 million in funding to repair storm damage to family housing and other structures at Camp Lejeune, North Carolina, according to Marine Corps Commandant Gen. Robert Neller, as reported by Military.com.

“We have received word that Congress has agreed with the administration’s request to reprogram $400 million to help Marines and their families recover from damage inflicted by Hurricanes Florence and Michael,” Neller said on Twitter.

About two-thirds of the funding would go to roof and interior building repairs on the base, while the remainder is allocated for repairing external infrastructure, according to Marine officials.

The $400-million request was part of a total of $600 million for hurricane recovery requested in the Pentagon’s fiscal 2020 budget request. The other $200 million would be used by the Air Force to repair damage caused by Hurricane Michael at Tyndall Air Force Base, Florida.