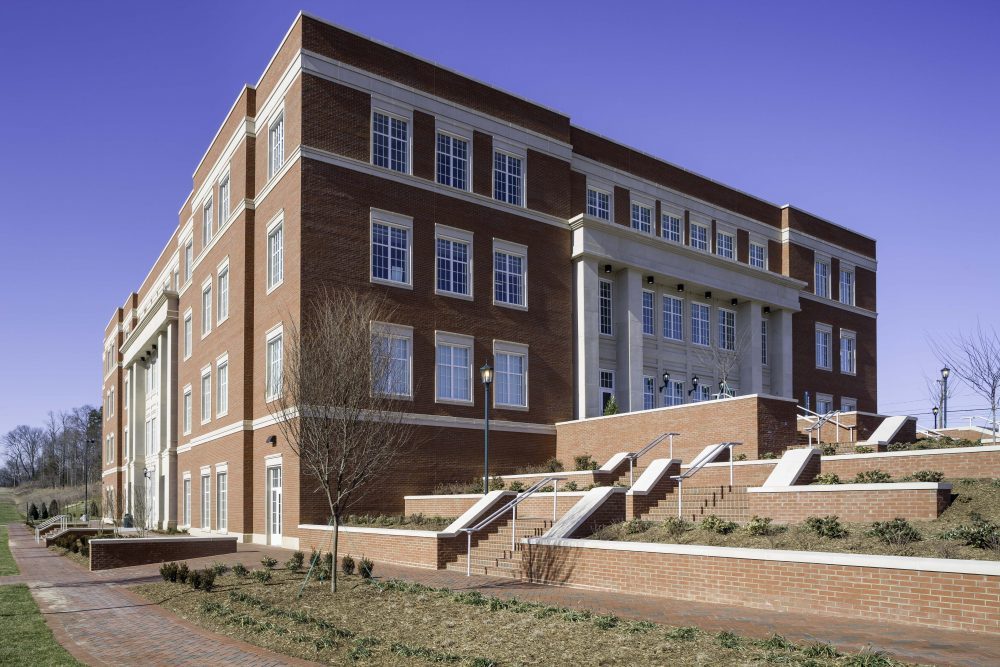 Some construction projects are straightforward, but others require an extra level of resourcefulness and collaboration. The University of North Carolina (Charlotte) PORTAL Building had these higher-level challenges; explaining in part the project’s recognition by the Construction Professionals of North Carolina (CPN-NC) for the 2015 Star Award (project over $20 million).

Construction of the $24 million, four-story structure started in April 2012, but Edifice, Inc. project executive Michael Carlisto said the contractor had in fact been awarded the project in 2009.

“We were getting started, had priced it and mobilized our resources, and all of a sudden had to stop when the University put a hold on the project” as the economic crisis unfolded.

This created some special challenges. Edifice, Inc. had won the work with a construction manager at risk contract. It needed to maintain resources and capacity to build the job after the hold was lifted, but in the meantime had to find other projects for the project team to work on.

“We found work elsewhere for the people associated with the project and waited,” he said.

Fortunately for both the owner and Edifice, the recessionary economic climate created a competitive bidding environment for sub-trades and suppliers so when work could start, “the numbers more often than not came under budget.”

As well, with the construction management model, Edifice, architect Pease Engineering and Architecture, PC (now LaBella Associates), electrical engineer McKim & Creed, Inc. and key sub-trades such as Wayne J. Griffin Electric, Inc. (Griffin Electric) could co-ordinate their efforts at the earliest design stages, looking for constructability issues and suggesting value engineering and other changes to keep things within budget. All of the key designers and project leaders were based in Charlotte. 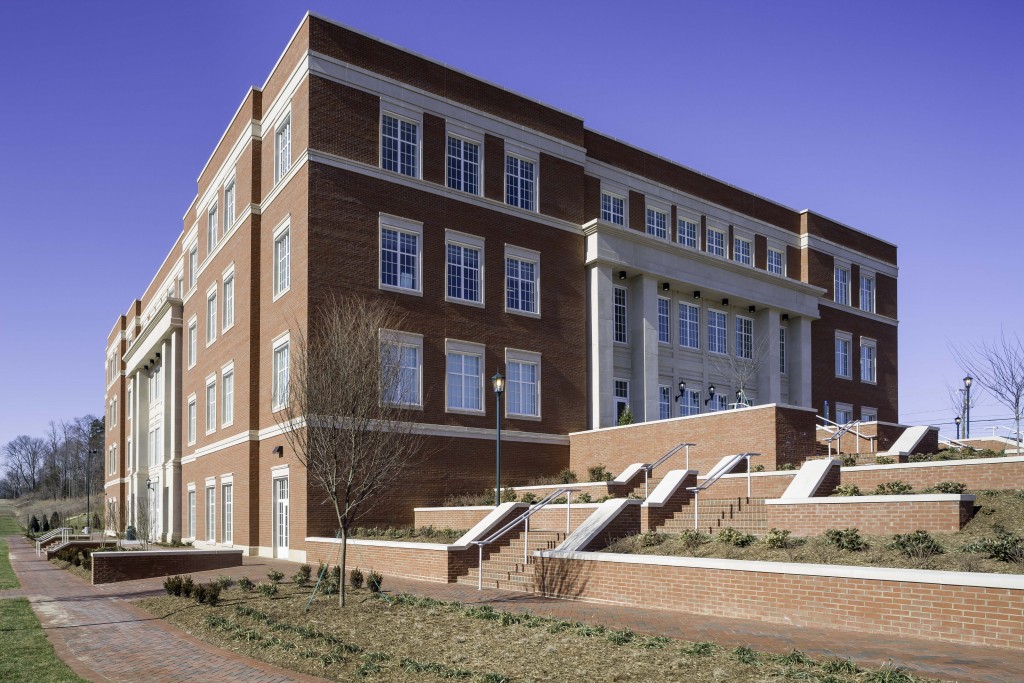 In the end, even with the delay, Edifice, Inc. was able to complete the project for about $1.5 million less than the contracted amount bringing the project in at approximately $24.2 million, and within the revised schedule, concluding the work in January 2014.

However, there were some added costs and challenges because of the 96,000 sq. ft. project’s nature.

The PORTAL is an acronym for Partnership Outreach and Research To Accelerate Learning and has been designed to stimulate “business growth and job creation through research and innovation and to foster the connection between the university and private business.”

Construction and security standards for this area required exceptional care. “We could only have certain people within this work area,” Carlisto said. Everyone needed to be vetted and validated and only badged contractors and employees were allowed to work in the secured area.

Carlisto said the SA up-fit construction cost was about double what it would be for the rest of the building. He said Edifice, Inc., worked with a specialized contractor with secured-area clearances and understanding to co-ordinate this aspect of the job, which added about $2 million to the construction cost.

The design collaboration through the construction management process helped ensure that the project could be completed in a timely-budget sensitive manner. “This project would not have been successful if it had been done any other way,” Carlisto said.

There were design features “where we had more than a year to look at the plan to get ourselves ready,” and find ways to construct the project to its design specifications. “The majority of items were all co-ordinated even before we put the plans out to the subcontractors.”

The drawings and documents were complete and accurate, allowing for clear scopes of work, “less risk, and less guessing,” allowing the sub trades and suppliers to be “more creative and competitive with their numbers.”

“It was a very good team,” he said. “Everyone respected each other, and that really helped the whole project.”

These thoughts were echoed by electrical contractor Griffin Electric, which had the responsibility to provide underground MV cabling/conduit and switchgear. Additionally, Griffin installed site lighting, switchgear and a backup generator within the facility. Systems for fire alarm, security and telecommunications were also set-up by the electrical team.

Michael Barnes, the project’s design team principal and project manager, said the atrium’s floating glass bridges presented the biggest design (and construction) challenge. “The entire team worked hard during design to work out the details, then were nimble enough during construction to adjust that design to challenges presented during the installation,” he said.

“The team, including the owner, designer, contractor, and their subs worked really well both prior to construction and during,” Barnes said. “Communication was excellent which helped resolve problems quickly and cost effectively.”