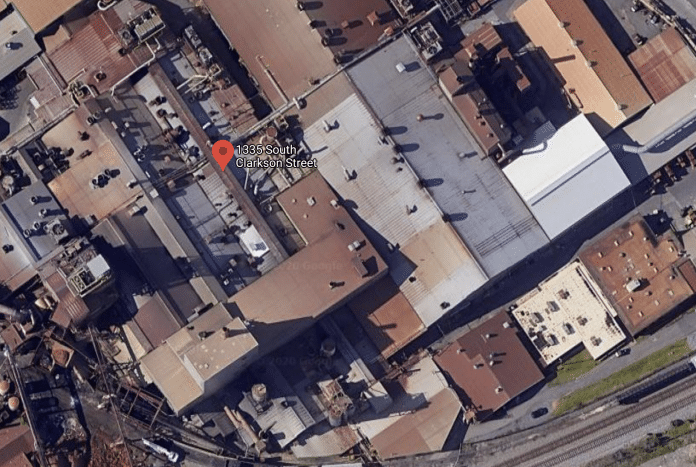 Charlotte Pipe & Foundry will relocate from its longtime home in Uptown Charlotte. The move frees up an expansive, 55-acre property that Carolina Panthers owner David Tepper has said could be a new stadium site, Charlotte Agenda reports.

Charlotte Pipe officials said in a statement that the company has decided to build a new foundry on a 428-acre property in Oakboro, a small town in Stanly County, about 45 minutes east of Charlotte.

The company will invest $325 million in the project. Site work begins later this year, and the new plant could start operating as early as late 2023, it says.

Charlotte Pipe CEO Roddey Dowd, Jr., said its existing location “simply does not afford the opportunities for growth” that the company needs.

“While our current location is providing all stakeholders with a solid platform to deliver outstanding results, a new foundry will allow a more efficient layout of our plant and equipment and give us the flexibility to expand to meet future needs,” Dowd said.

The business won’t be moving for some time or when the current site will put on the market.

Spokesman Brad Muller told the Agenda the company doesn’t have anything new to share about land holdings. “We will have to continue operating there for the next three years while the new plant is under construction, so I would not expect anything to happen anytime soon.”

The company said its senior management team is evaluating “a wide variety of options” for the foundry’s property. Whatever happens next there, it’s likely it’ll require significant work, from razing the existing foundry to conducting environmental analysis.

The Agenda report suggests the site could be an ideal location for a new Carolina Panthers stadium.

In a roundtable with reporters last fall, Tepper specifically called out Charlotte Pipe and Foundry as one possibility. At the time, the foundry wasn’t ready to talk about a possible move from its spot.

But a new stadium Uptown — walkable to bars, restaurants, and the eventual Gateway Station — would fit squarely with Tepper’s long-term vision to make Charlotte the sports and entertainment capital of the Carolinas. A new NFL stadium, he’s said, would be its centerpiece. The team may have moved its headquarters to Rock Hill, but Tepper has repeated that he wants the team to play its home games Uptown.