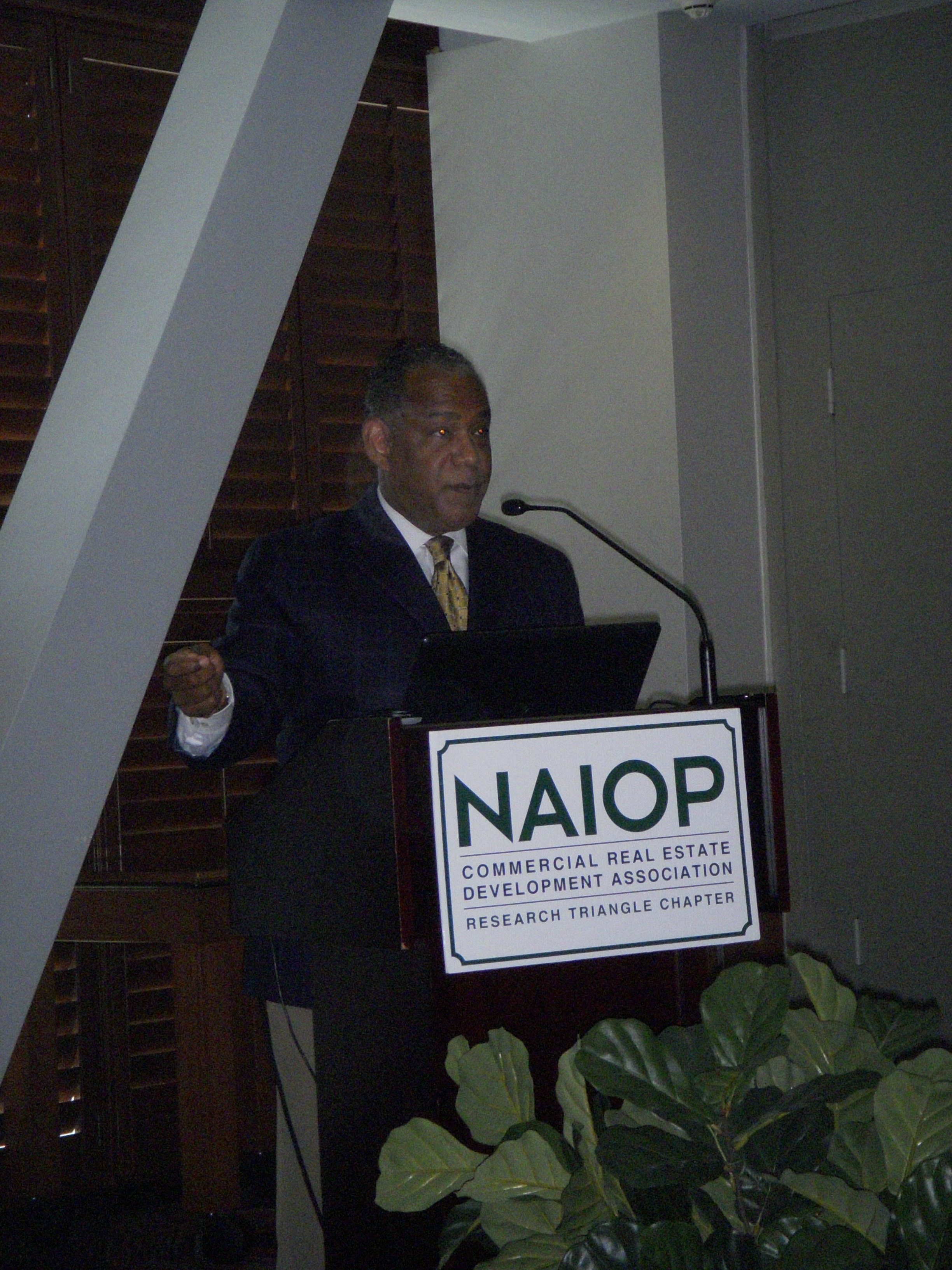 North Carolina has five of the nation’s fastest growing metro areas, he noted.  These include Charlotte, Raleigh, Greensboro, Durham and the Greater Virginia Beach area. According to Silver, these urban metros may be impacted by national demographic trends. These include aging population,  drop in the marriage rate, rising numbers of unwed mothers and a growing demand for an urban lifestyle with diverse transit, housing, work and entertainment choices.

He defined planning as a special concern for the long time consequences of present actions.  “When you say no to something, you are saying yes to something else,” Silver observed.

Among his predictions, Silver said the United States will eventually have to rely on a racially and ethically diverse workforce to compete in a 21st century global economy. He said “low density and sprawl is no longer a sustainable option.”

“Raleigh doesn’t want to make the same mistakes that Atlanta did,” said Silver. “What Atlanta got wrong, is the city and its suburbs failed to plan as a region. Consequently, they ended up with a sprawling highway network that was both costly to maintain and jammed with traffic.”  The congestion got so bad, he added, that the region’s growth was slowed, hurting its economy.  However the Atlanta Metro Region is now leading the nation in fixing its mistakes by retrofitting suburbs, planing for aging in place and expanding the regional transportation system.

Silver highlighted Policy IM 2.4 in the 2030 Comprehensive Plan for the City of Raleigh.  It recommends that capital projects should be subjected to a “return on investment” analysis as part of the prioritization process.  The return on capital projects should be based on the ability of the project to catalyze private investment, make efficient use of existing infrastructure and generate new net revenue.  Read More.