Boston developer The Fallon Company has outlined plans for a $400 million project on the edge of Charlotte’s Dilworth neighbourhood.

The planned Centre South mixed-use development on a 16.7 acre site formerly known as Strawn Cottages will include affordable housing, a hotel, office space and retail, The Charlotte Agenda has reported, citing a developer’s news release,

Fallon says it is partnering with INLIVIAN, a non-profit public real estate holding company that provides affordable housing to low and moderate-income families while supporting their efforts to achieve self sufficiency.

“INLIVIAN and The Fallon Company have partnered in creating a robust diversity and inclusion plan which will maximize minority- and women-owned business enterprise (MWBE) participation throughout all phases of the project,” the statement says. “Centre South’s inclusion plan, years in the making, represents a new economic model for inclusive development and provides a blueprint for equitable urban development in Charlotte.”

The project will include  145 affordable residential units available to households earning 60 percent and 80 percent of the area median income ($45,120 to $60,150 for a family of three, as of April 2020). “The affordable units, identical in quality and evenly dispersed throughout the project, will serve the community in perpetuity as deed restricted housing,” the statement says.

“Centre South represents a multi-year collaboration with the City or Charlotte, INLIVIAN, and the community to set a new benchmark for inclusivity in Charlotte development. It will serve as the gateway between the South End and Uptown, knitting together that urban spirit with the neighborhood character of Dilworth,” said Fallon Company president  Michael Fallon. “The City of Charlotte and INLIVIAN have been fantastic and diligent partners in creating this opportunity for true mixed-income development and placemaking.”

“With construction at Centre South set to begin, we are proud to join the Fallon Company in bringing to life our vision of creating a dynamic, healthy community of choice that provides quality housing for families with diverse incomes,” said INLIVIAN president and CEO A. Fulton Meachem Jr. “The housing options made available at Centre South provide families with more choices along the housing continuum—from affordable rental to homeownership.” 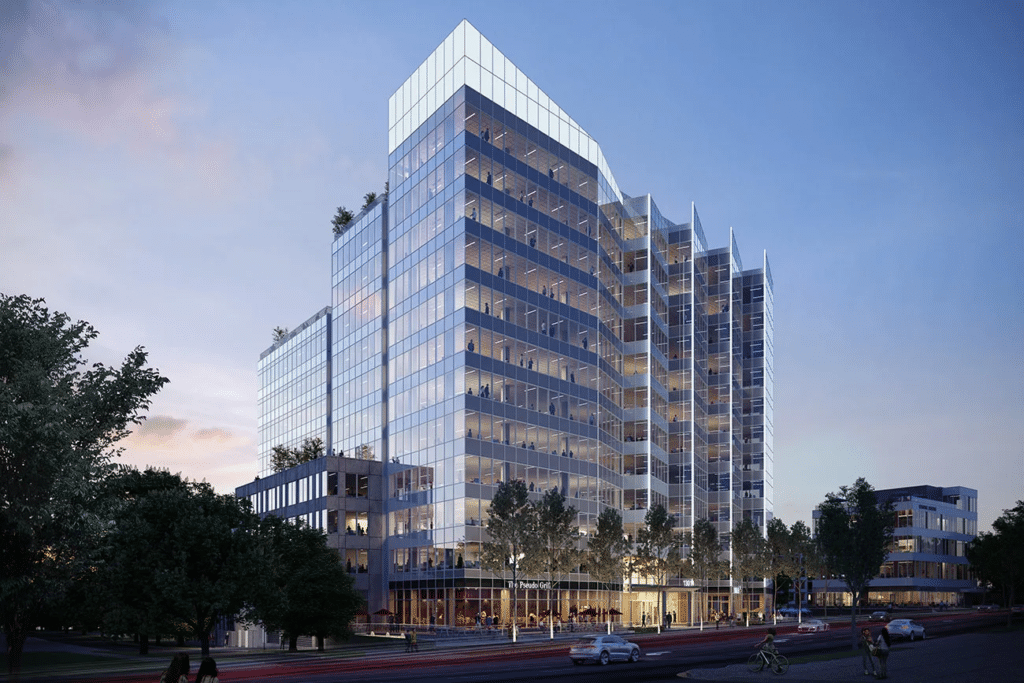 Construction of the project’s first phase — housing and a 310,000 sq. ft. office building, will begin in 2021, the developers say.