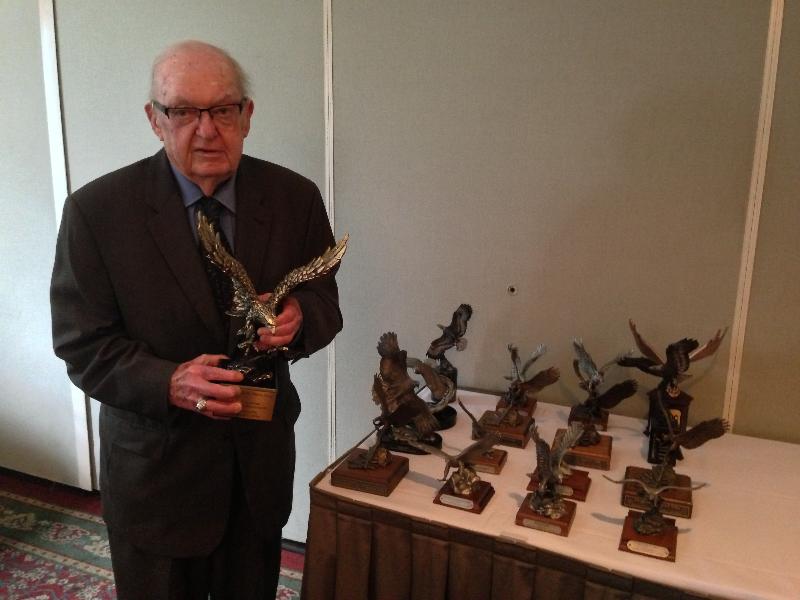 Rep. Howard Coble with his Lifetime Achievement Eagle Award and the fifteen other Eagle Awards he has received during his career.

The Associated Builders and Contractors of the Carolinas presented twelve members of Congress from North and South Carolina with the prestigious “Champion of the Merit Shop” Eagle Award. These awards are given to legislators with an 80 percent or better voting record on ABC’s key issues during the previous session of Congress. The awards were presented last week during the organization’s 2013 National Legislative Conference at a special breakfast hosted by members of the Carolinas chapter.

In addition to the awards given for service during the 112th Congress, a special Lifetime Achievement Eagle Award was presented to Representative Howard Coble for his continuing commitment and service to the construction industry over an almost thirty-year career in Washington, DC.

“The Carolinas are fortunate to be represented by a number of members of Congress who are true champions of the Merit Shop Philosophy and the Free Enterprise system,” said Carolinas chapter President & CEO Doug Carlson. “Our Champions believe in open and fair competition and are supportive of small, family-owned businesses which make up the majority of our members.”