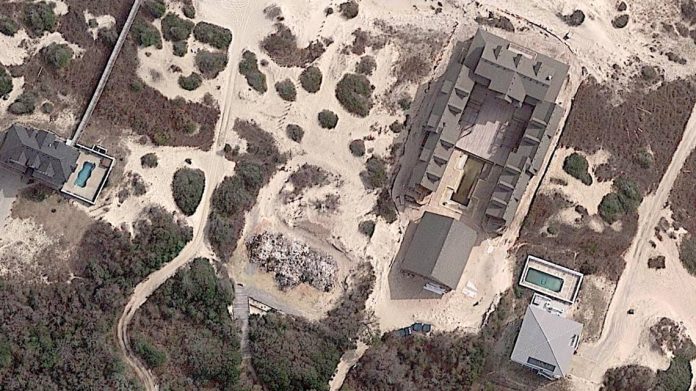 It’s not the shifting sands that are creating a problem for Elizabeth Letendre’s 24-bedroom home on North Carolina’s Outer Banks, according to the News&Observer.

The woman has been at odds with neighbors and Currituck County over the massive property since its inception in 2015. The North Carolina Court of Appeals prohibited Letendre from finishing the home in 2016 citing it was not really a single-family unit according to development ordinances in Curritck County. She was ordered to stop construction at that time.

Neighbors and the county argued the structure was a commercial development since it was built as a rental for those willing to fork out between $17,500-$39,500 a week. The home features 24 bedrooms, 25 bathrooms, a pool, theater, elevator and parking for 25 or more vehicles.

Now, in a more than 70-page opinion in May, three judges reversed a decision by a Superior Court judge in 2017 who ordered Currituck County to rescind a stop-work order against the property. But Letendre’s lawyer Jonathan Hall, says he will petition the N.C. Supreme Court to review the matter further.

If the high court refuses to hear the case it will go back to Superior Court in Currituck for more proceedings. However, if the appeals court ruling stands, Letendre could move the building.

“They keep saying they can’t move it,” said Ike McRee, attorney for the county. “My comment is they moved the Cape Hatteras Lighthouse.”

If the home isn’t moved, the county has the option of revoking a certificate of occupancy, so Letendre could no longer rent out the premises.