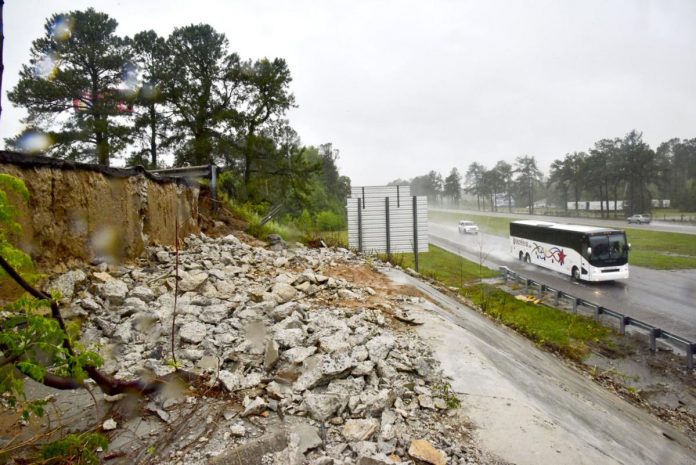 Two of the three firms the South Carolina Department of Transportation (SCDOT) requested proposals from for replacing the Four Holes Road bridge over Interstate 26 in Orangeburg County, hail from North Carolina.

Those firms include Crowder Construction Co. and United Infrastructure Group, Inc., both based out of Charlotte. The third company SCDOT has approached is The Scott Bridge Company of Alabama.

The bridge was heavily damaged on March 9 when a gravel-carrying tractor-trailer ran into one of the pilings. The driver was killed, according to T&D.

State engineers concluded the bridge was irreparable, so it was demolished immediately after the crash.

SCDOT is looking to have the proposals back by June 28, with construction to be completed by July 2019. In the meantime, a detour is in place for Four Holes Road traffic.