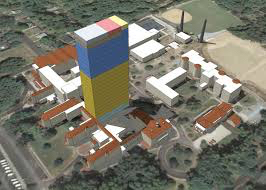 NC House members have given preliminary approval to a bill that would call a referendum on a $2.9 billion bond package that includes $889.6 million in new construction capital for the UNC system, the Durham Herald Sun has reported.

The House later voted to hold the referendum on same day as the presidential primary, expected to be March 15, 2016.

The House bill picks up on Gov. Pat McCrory’s push for a statewide bond issue for infrastructure, but differs from his proposal in several ways, the Herald Sun reported.

Strategy-wise, the House would borrow less for road construction than the governor and put more money into universities, community colleges and other schools, according to the newspaper.

And at the line-item level, the House approach to the UNC system also differs from McCrory’s.

While the governor prefers to focus just $534.3 million on 10 campuses, the House would seek borrowing authority for a list of projects on all 17 of the system’s existing campuses.

It would also build a new campus, a western branch of the N.C. School of Science and Mathematics that backers think will cost $58.8 million.

“Locally, the UNC-related provisions of the House bill would channel $7.5 million to N.C. Central University to pay for a renovation of the Taylor building, which houses the Department of Psychology,” The Herald Sun reported.

“That bypassed McCrory’s plan, which would allot $34 million to NCCU for a new building for its business school. And the disagreement on that project wound up making the overall House proposal less generous than the governor’s to the six UNC campuses originally built to serve the state’s blacks and American Indians.”

The House, unlike McCrory, also favors borrowing money for a project at UNC Chapel Hill. Its bill includes a $68.8 million allocation to replace Berryhill Hall, part of the university’s medical school.

Most of the projects on the House list are short- or medium-term priorities for the UNC system’s Board of Governors. System leaders earlier in the week issued a joint statement that called House bill “great progress towards a package that will help address our public university’s significant capital needs.”

But Luebke noted that the proposed western branch of the School of Science and Math is an exception to the House’s overall approach to UNC.

“We are grateful that the House leadership understands the need for investment in the University of North Carolina and our state’s future,” said the statement. “We appreciate their consideration of the UNC Board of Governors’ request for new capital investments across the UNC system. The capital bond proposal released Monday is great progress towards a package that will help address our public University’s significant capital needs.

“UNC’s capital request prioritized new construction of facilities that will better position our campuses to advance STEM-related fields and respond to the changing economic marketplace. UNC students are moving into STEM-related fields in higher numbers, and the capital projects included in the House plan would enable the university to better serve these students. The board’s request also focused on the university’s extensive repair and renovation needs.”

“The Board worked hard to prioritize new projects in order to maximize the impact of new state investments,” said UNC Board of Governor chairman John Fennebresque. “We believe the facilities on our priority list will enable us to better prepare students—particularly those in the STEM fields where our state’s economy is growing— and make their transition from classroom to lab to the workplace more seamless.”

“The House proposal is a great start to the legislative conversation, and the board appreciates its support of UNC’s capital request. This would mark the largest state commitment to higher education since the 2000 bond campaign, and we’re going to make sure we maximize the return on this investment,” said Jim Holmes, chair of the board’s Public Affairs Committee.

UNC president Tom Ross said: “We’ve spent significant time assessing the capital needs of our 17 campuses, including their documented repair and renovations needs. We look forward to working with the General Assembly, the Governor, and the people of North Carolina to further explain and define our capital needs.”

“The House’s bond proposal represents a significant investment in the UNC system and the future of our state. We appreciate their endorsement of our efforts to prepare a qualified workforce to meet the needs of our businesses and help our communities thrive. We welcome the opportunity to continue this important conversation with the Senate leadership as they consider a potential bond package.”

The last statewide bond referendum occurred in 2000, while Democrats held the governor’s office and both chambers of the General Assembly. It authorized $3.1 billion in borrowing for the UNC system and community colleges, the Durham Herald Sun reported.