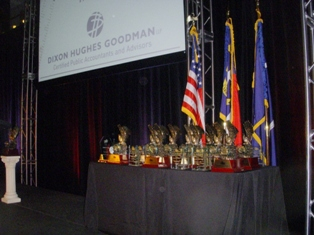 The Associated Builders and Contractors Carolinas chapter will recognize its 2014 Excellence In Construction Awards winners at a Charlotte gala on Thursday, Nov. 20.

More than 500 will attend the event at the Hilton-Uptown.

North Carolina Construction News has designed and produced the awards commemoration/brochure, which will be distributed at the event when the finalists are announced.  We will report on the results after the evening’s event — and have complete coverage in NCCN’s January issue. (The November/December magazine issue is in production and expected to be released before the event.)

The Excellence in Construction awards program highlights the quality construction performed by ABC members and celebrates the outstanding successes achieved in the industry, ABC says. Projects built by merit shop contractors who are committed to maintaining high performance standards are central to this national competition.