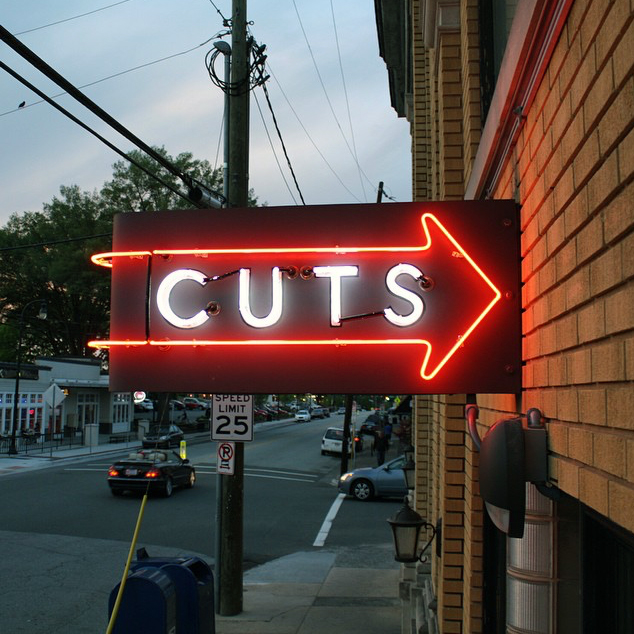 The Raleigh Architecture Company (RACo) has completed the design and build-out of the third Arrow Haircuts location – only this time in Durham and under the name “Pedro Williams.”

Owners and brothers Pete and Andy Phipps opened their newest location earlier in June in the old Wells Fargo building at 624 Ninth St, following the success of his first two shops: one in Raleigh’s Cameron Village shopping center, the other on Hargett St, in downtown Raleigh, the architects said in a news release.

Andy Phipps describes the concept for all three locations as “old-style neighborhood barber shops with great customer service” that also happen to serve free beer and display racks of locally made products for sale. He sees them as alternatives to national chains and expensive salons.

Their locations underscore that intent.

“Most hair salons want spaces in shopping centers or strip malls that they can up-fit in two weeks,” said architect Robby Johnston, AIA, co-owner of The Raleigh Architecture Company. “Andy and Pete want to be part of the urban fabric, to support local retail, so their shops end up in old buildings and odd spaces that require a lot of work but turn out to be really interesting and unique.”

The Cameron Village shop is located in a space that was occupied by a barbershop from 1966 until Arrow moved in. The Hargett St. location housed Capital City Barber Shop for 80 years starting in 1931.

The 900-sq. ft. Durham location proved the most challenging of the three, according to RACo co-owner Craig Kerins, AIA. “It was in very poor condition and hadn’t been maintained. The space was sort of a leftover section of the building and hadn’t been treated well over the years.”

Nonetheless, Pedro Williams features all the RACo-designed elements that define the Arrow brand, including the central bar; the use of raw, exposed finishes (plywood, concrete, and galvanized conduit); the stylists’ stations arranged down a long, continuous bar; red metal tool chests for the stylists’ tools; and the red, white, and blue color scheme inspired by vintage barber poles. 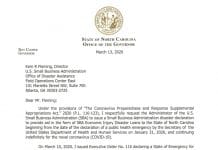 EEOC issues updated guidance on use of criminal background checks

Diversity and inclusion: How can designers and contractors go beyond the...